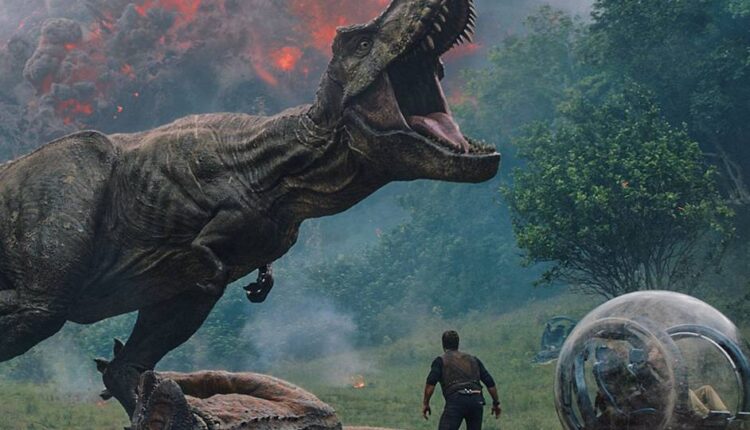 Jurassic World Dominion is set to be the dramatic conclusion to Colin Trevorrow’s economically successful reboot trilogy, which began in 2015. While Jurassic World: Fallen Kingdom was a mediocre sequel, it did pave the way for something far grander. Because for the first time in the film franchise’s history, the conclusion brings together two generations of the Jurassic era.

Owen Grady (Chris Pratt) and Claire Dearing (Bryce Dallas Howard) are joined by Alan Grant (Sam Neill), Ellie Sattler (Laura Dern), and Dr. Ian Malcolm to form the team that every Jurassic Park and Jurassic World fan has been wanting to witness (Jeff Goldblum). What could possibly go wrong for the five of them as they live amid dinosaurs, as does the rest of the world?

Jurassic World Dominion is set four years after Fallen Kingdom, according to the trailer description. Now that dinosaurs are free to wander the world as they wish, humans are adjusting to a new way of life. Their presence disrupts the delicate ecosystem and takes away humans’ dominance over animals. However, some are hiding secrets that could jeopardize humanity’s existence, while others appear to have a deeper goal as they struggle to survive.

Betty Davis, the Trailblazing Queen of Funk, died at the age…

Of course, a Jurassic World movie wouldn’t be complete without a few thrilling chases and humans attempting to avoid being a dinosaur’s next meal. The teaser suggests a lot of that, as well as a flashback to a dinosaur we wouldn’t want to come across in a dark alley. In addition, some new dinosaurs will be introduced to the franchise, posing a significant threat to Owen and his gang.

From Jurassic World architect and director Colin Trevorrow, Dominion takes place four years after Isla Nublar has been destroyed. Dinosaurs now live — and hunt — alongside humans all over the world. This fragile balance will reshape the future and determine, once and for all, whether human beings are to remain the apex predators on a planet they now share with history’s most fearsome creatures.

It will be fascinating to watch where the Jurassic film series goes from here. After all, with over $1.7 billion in box office receipts, one would think Universal Pictures would want to see more of the series rather than letting it accumulate dust like a dinosaur bone display in a museum. All we can do now is wait and watch what happens next.

Betty Davis, the Trailblazing Queen of Funk, died at the age…